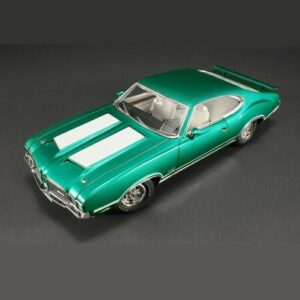 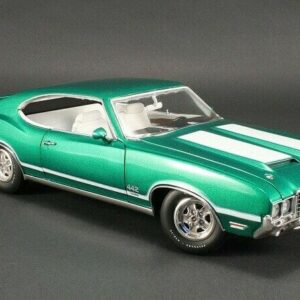 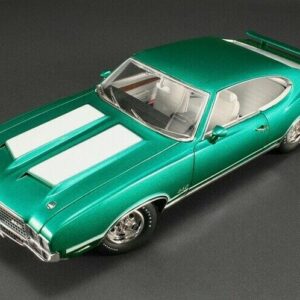 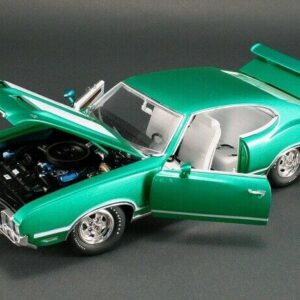 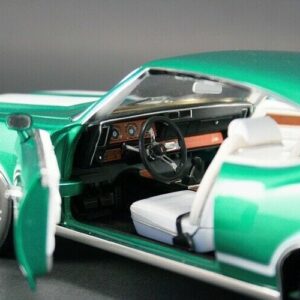 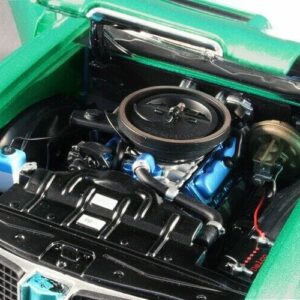 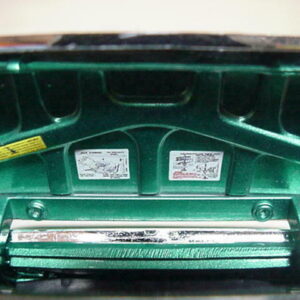 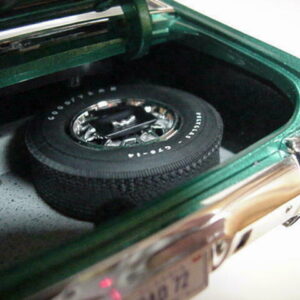 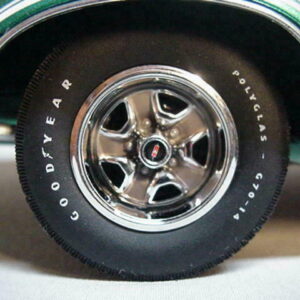 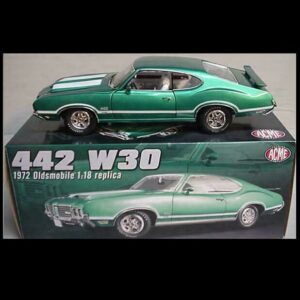 The Oldsmobile 4-4-2 (also known as the 442) is a muscle car produced by Oldsmobile between the 1964 and 1980 model years. Introduced as an option package for US-sold F-85 and Cutlass models, it became a model in its own right from 1968 to 1971, spawned the Hurst/Olds in 1968, then reverted to an option through the mid-1970s. The name was revived in the 1980s on the rear-wheel drive Cutlass Supreme and early 1990s as an option package for the new front-wheel drive Cutlass Calais.

The “4-4-2” name (pronounced “Four-four-two”) derives from the original car’s four-barrel carburetor, four-speed manual transmission, and dual exhausts. It was originally written “4-4-2” (with badging showing hyphens between the numerals), and remained hyphenated throughout Oldsmobile’s use of the designation. Beginning in 1965, the 4-4-2s standard transmission was a 3 speed manual along with optional 2 speed automatic and 4 speed manual, but were still badged as “4-4-2″s. By 1968 badging was shortened to simply “442”, but Oldsmobile brochures and internal documents continued to use the “4-4-2” model designation.

Limited edition only 996 pieces made worldwide