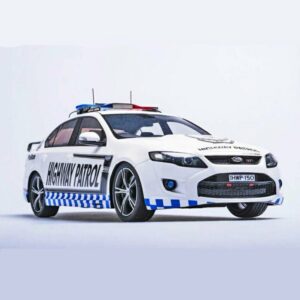 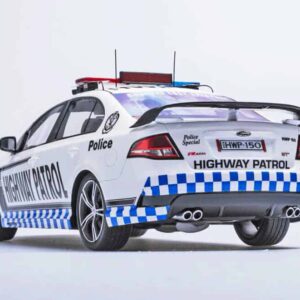 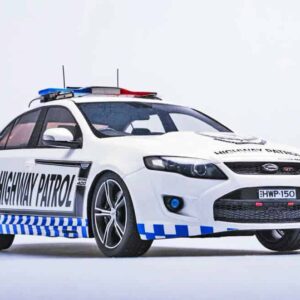 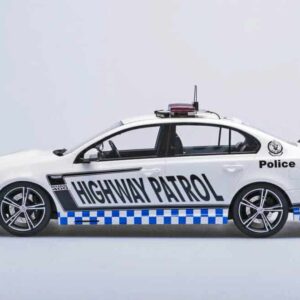 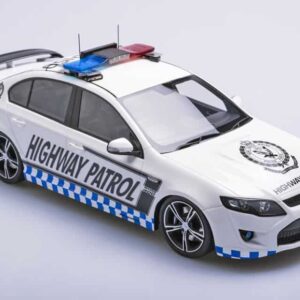 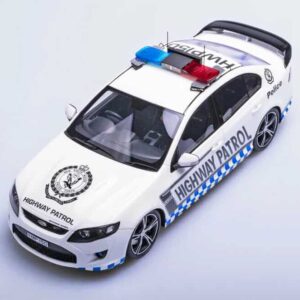 To celebrate the 150th year of the N.S.W. Police Force, FG R-Spec serial number 150, in Winter White, was used by NSW Highway Patrol for public liaison and awareness purposes across the state. Not content with the standard 335kw V8 engine, work was done on #150 to bring it up to a massive 400kw of power, making it the most powerful highway patrol car that there ever had been up until that point.

The ‘R-Spec’ pack was introduced into the FPV range with the BF Mk2 model to give the already high performing an increase in handling and steering feel while not compromising road comfort. Running through the BF 40th Anniversay models plus the F6 Typhoon and the GT ‘Cobra’ the R-Spec package was highly popular with FPV owners and fans.

With the release of the FG model Falcon, Ford again produced a limited edition R-Spec model in special colour and stripe combinations. The hero colour was black with red accents and C stripe down both sides echoing the Ford Mustang Boss 302 Laguna Seca model from the USA. The FG R-Spec was also produced limited numbers in Kinetic Blue, Vixen and Winter White.

Limited edition only 672 pieces made worldwide with COA