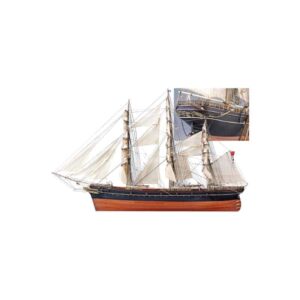 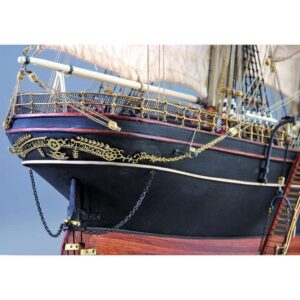 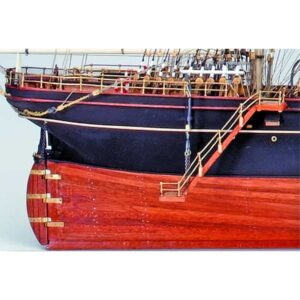 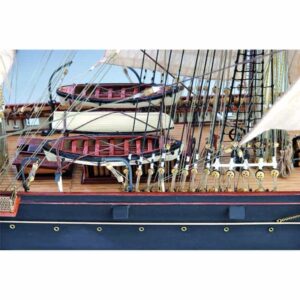 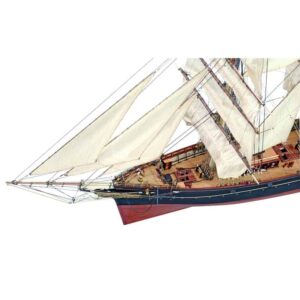 Discover the Cutty Sark, a wooden model kit of this legendary clipper of the nineteenth century. Built for the race of tea and one of the fastest ships of its era, it is today kept as a museum ship in the town of Greenwich, London.

Built and launched in Dumbarton (Scotland) in 1869, the Cutty Sark was dedicated in her early years to the race of tea, trying to unite China and London in the shortest possible time for 8 ‘ tea seasons’. The same year of its launching the Suez Canal, which was much shorter route and gave advantage to steamships, was opened (it was possible to cross the Suez Canal for a sailboat, but it was difficult and expensive, besides the conditions for sailing in the Red Sea are far from ideal). Later it would be dedicated to wool trade from Australia, being the fastest boat on these routes for a decade. Later on, she was used for the transport of goods between Oporto, Rio de Janeiro, New Orleans, Lisbon and the Portuguese colonies. Finally in 1954 she would be transferred to dry dock and become a museum ship.

For the assembly you can follow the complete full-color step by step guide in 7 languages, accompanied by real-scale drawings of the ship. 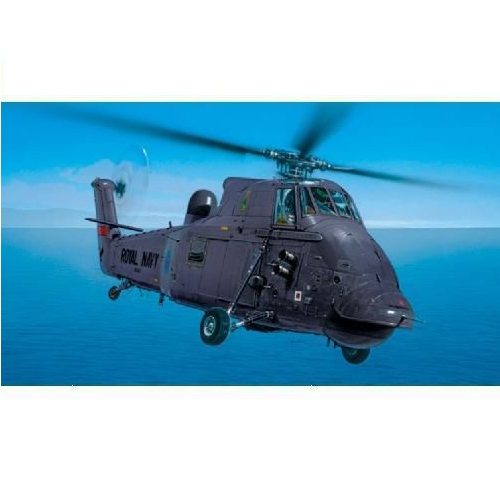 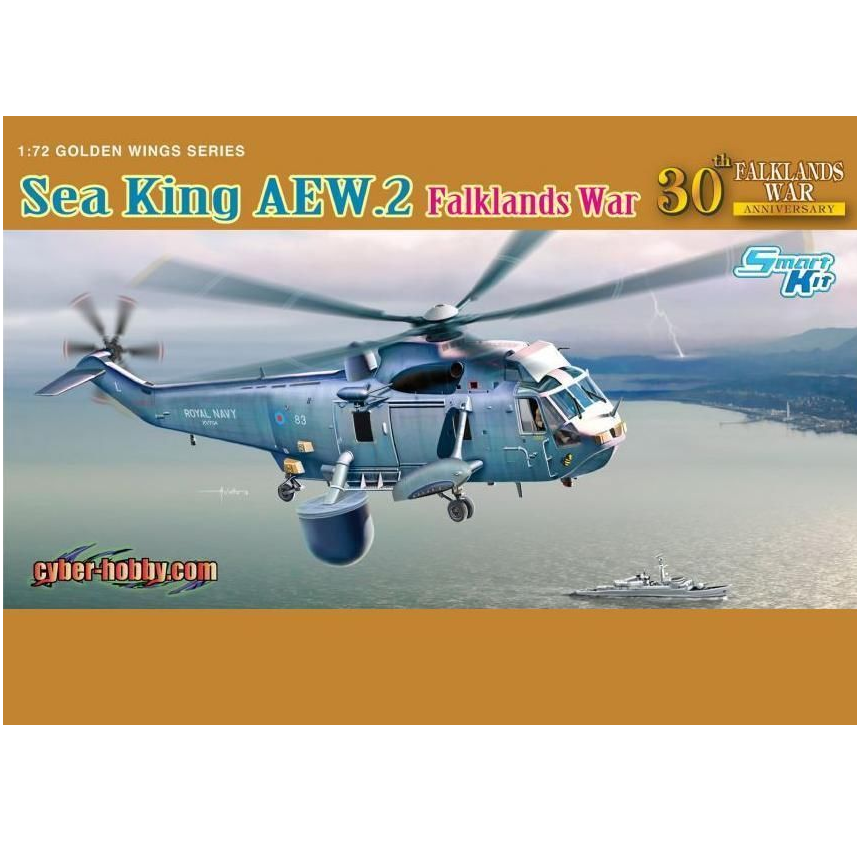