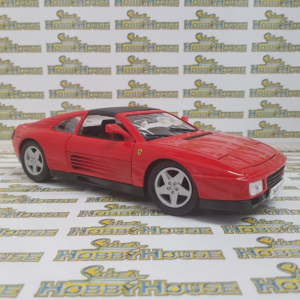 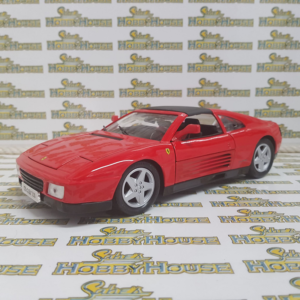 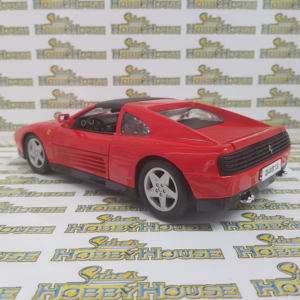 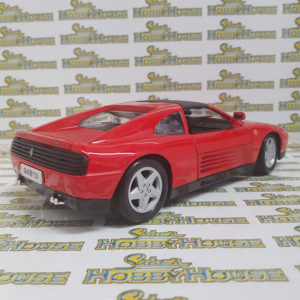 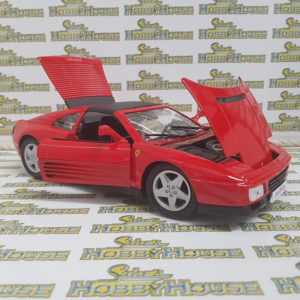 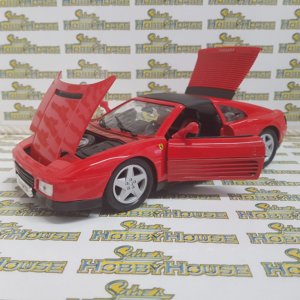 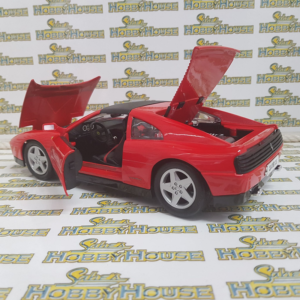 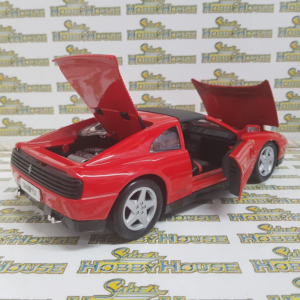 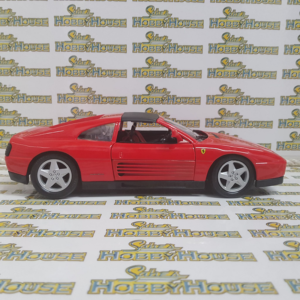 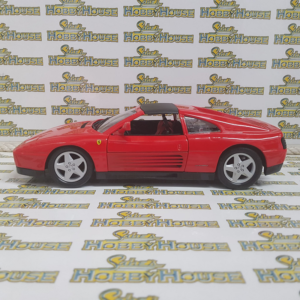 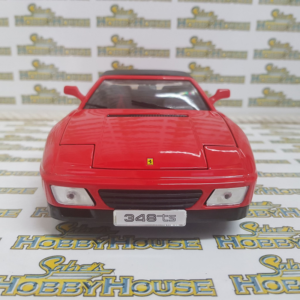 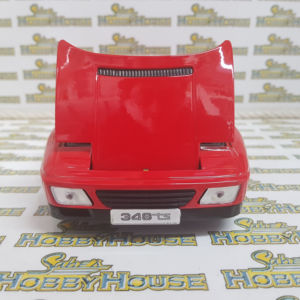 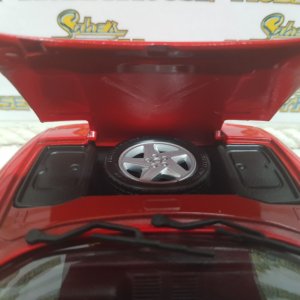 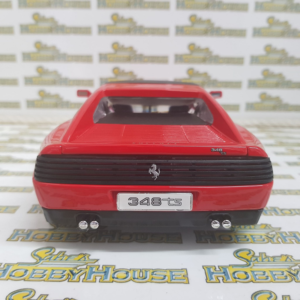 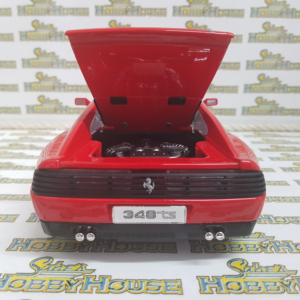 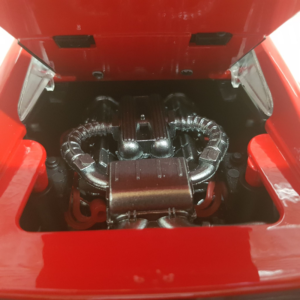 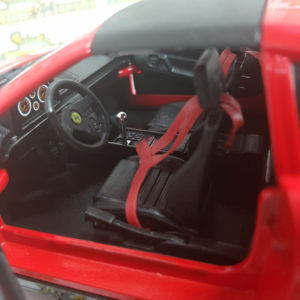 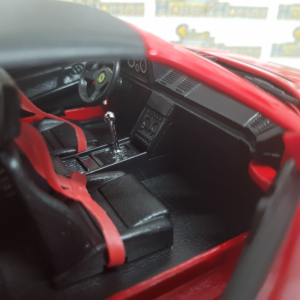 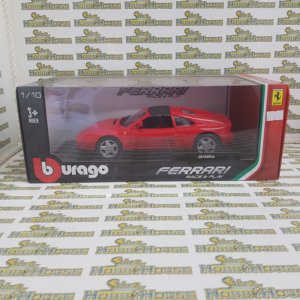 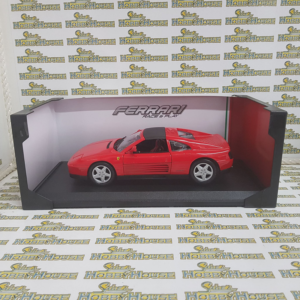 The Ferrari 348 (Type F119) is a mid-engine V8-powered 2-seat sports car produced by Italian automaker Ferrari, replacing the 328 in 1989 and continuing until 1995. It was the final V8 model developed under the direction of Enzo Ferrari before his death, commissioned to production posthumously.

The 348, badged 348 TB for the coupé (Transversale Berlinetta) and 348 TS for targa (Transversale Spider), featured a naturally aspirated 3.4-litre version of the quad-cam, four-valve-per-cylinder V8 engine. As with its predecessors, the model number was derived from this configuration, with the first two digits being the displacement of the engine and the third being the number of cylinders. The engine, which had a power output of 300 PS (221 kW; 296 hp), was mounted longitudinally and coupled to a transverse manual gearbox, like the Mondial T with which the 348 shared many components. The “T” in the model name 348 TB and TS refers to the transverse position of the gearbox. Overall, 2,894 examples of the 348 TB and 4,228 of the 348 TS were produced.