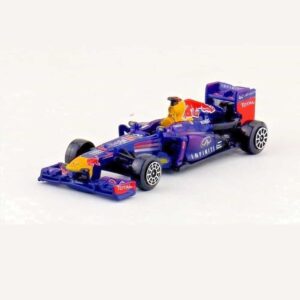 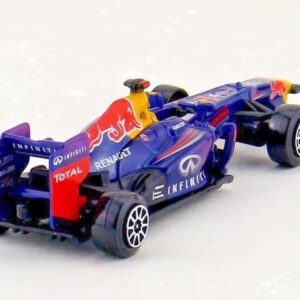 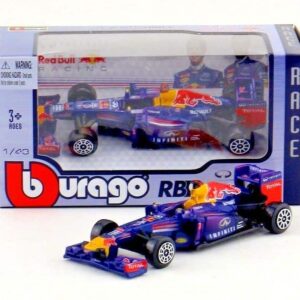 The Red Bull RB9 is a racing car designed by Formula One racing team Infiniti Red Bull Racing. The car was driven throughout the 2013 Formula One season by (then) three-time World Drivers’ Champion Sebastian Vettel and teammate Mark Webber. Sebastian Vettel, in keeping with his tradition of naming his cars, named his RB9 “Hungry Heidi,” after German model Heidi Klum. Vettel would ultimately claim the Drivers’ Championship title, for the fourth consecutive season, at the Indian Grand Prix, after ten wins during the season. Vettel and Webber also brought the car to the last win and world titles for a V8 and a naturally aspirated engine powered F1 car, marking the end of the V8 and the naturally aspirated engine era of Formula One which began in 1989 when turbocharged engines were banned at that time.