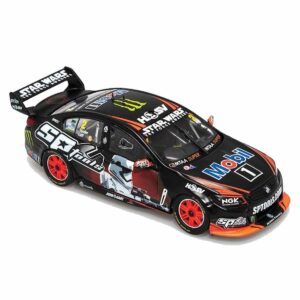 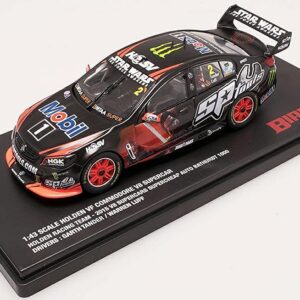 The Holden Racing Team #2 2015 Bathurst challenger will always be remembered for it’s striking livery. Late in September in the build up to the Great Race, Garth Tander and HRT unveiled a menacing Star Wars: The Force Awakens livery to much fan fare which was the first activation of a collaboration between Holden and The Walt Disney Company Australia and New Zealand.

The predominantly black racing livery featured the new character Kylo Ren and his lightsaber on one side of the car, and a First Order Stormtrooper on the other Ð Kylo Ren and the Stormtrooper replacing the iconic HRT driver and lion.

Limited edition only 2004 pieces made worldwide with COA

Bathurst launch livery and was delivered in advance for the event.

Licenced by Holden, Disney and Lucasfilm.