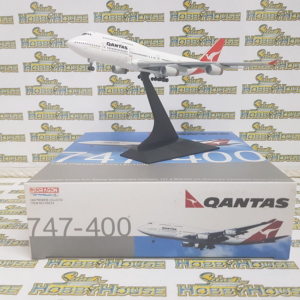 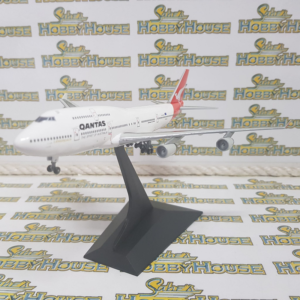 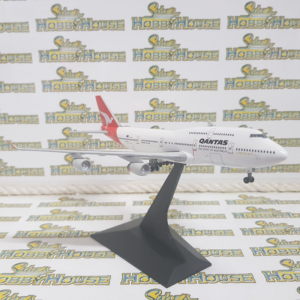 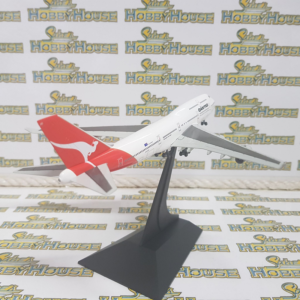 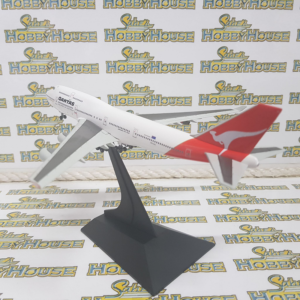 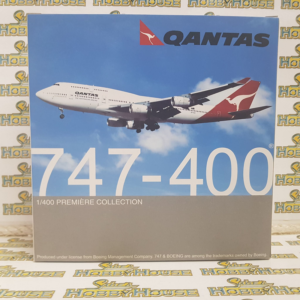 The Boeing 747-400 is an American wide-body jet airliner developed by Boeing Commercial Airplanes. Derived from the earlier versions of the Boeing 747, the 747-400 retains the four-engine wide-body layout of its predecessors, whilst incorporating numerous technological and structural changes to produce a more efficient airframe. Its most distinguishing features versus preceding 747 models are 6-foot (1.8 m) winglets mounted on 6-foot (1.8 m) wing tip extensions, which are found on all 747-400s except for Japanese domestic market versions. It is the best-selling model of the Boeing 747 family of jet airliners.

Can be display with landing gear up or down