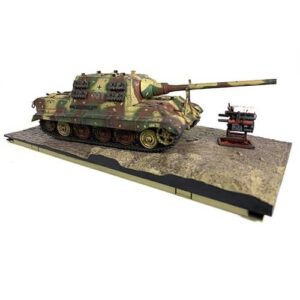 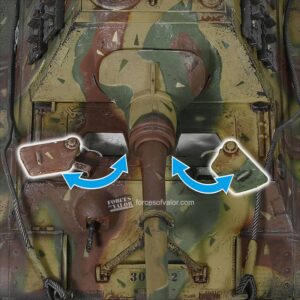 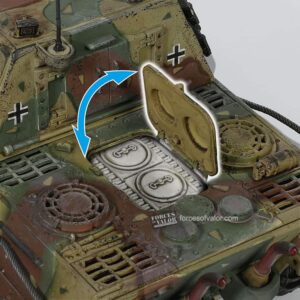 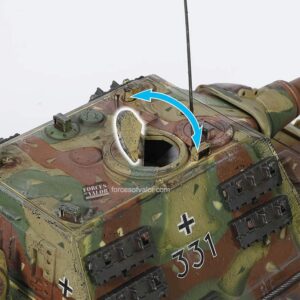 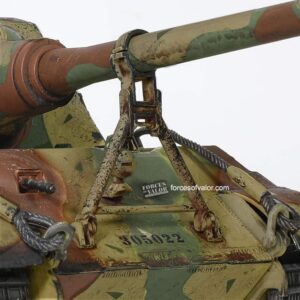 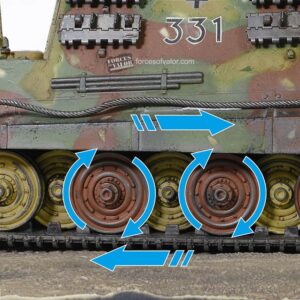 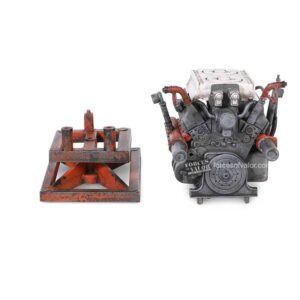 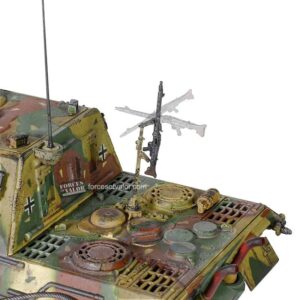 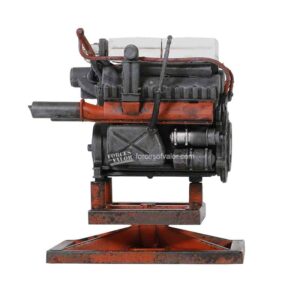 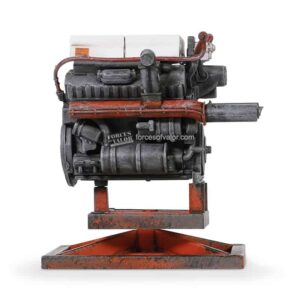 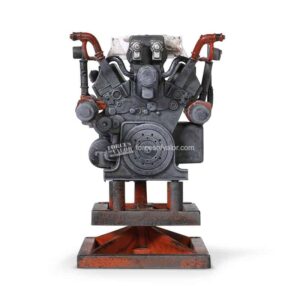 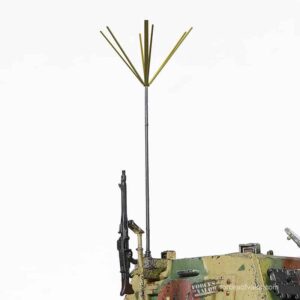 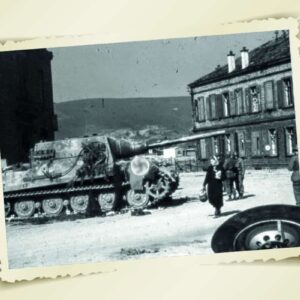 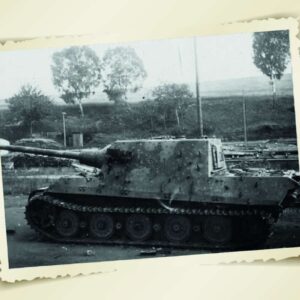 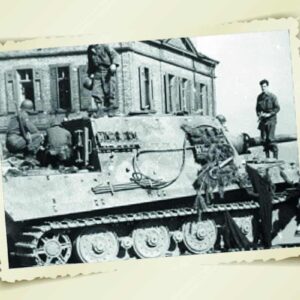 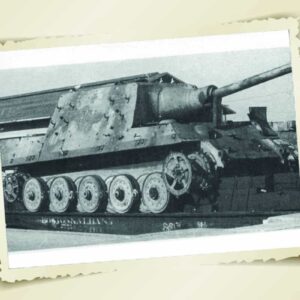 As a tank destroyer, the creation of the fearsome Jagdtiger was heavily influenced by one of its predecessors, the Sturmgeschutz III. Unlike a tank, a tank destroyer mounted its main armament within the hull of the vehicle, or more often in a completely enclosed, integral armored casemate as part of the main hull. From a purely economical standpoint, it was determined that a self-propelled gun was far cheaper to build than a tank boasting a powered turret since it required far fewer parts and less labor, and was therefore easier to maintain than a traditional tank. Moreover, under wartime conditions, it would oftentimes take a considerable amount of time and administrative work to repair a damaged tank turret with the goal of getting the vehicle back into the field as quickly as possible. The Waffenamt, the German Ordnance Department responsible for the creation of the panzerwaffe, therefore proposed a radical solution to this dilemma – it would be much quicker and cheaper to build and repair a turret-less tank that might necessitate the retrofitting of a new gun to the vehicle instead of a complete overhaul should it become battle damaged.

The Wehrmacht accumulated a vast amount of combat experience after its invasion of the Soviet Union in the summer of 1941. For starters, engaging the ubiquitous T-34 tank with its sloped armor came as a surprise to the architects of the Blitzkrieg, who oftentimes had to employ improvised tactics to defeat the tank when their own tanks proved incapable of dealing with the threat. Moreover, the Soviet 122mm gun, originally deployed as a field gun, was being re-purposed as a mobile tank killer when it was mounted to an armored vehicle, first appearing on the battlefield with the introduction of the Su-122 assault gun in December 1942. As a response, the Waffenamt eventually developed the powerful 12.8 cm Pak 44 L/55 anti-tank gun. Although the Pak 44 had short to medium-range performance similar to its predecessor, the 8.8 cm Pak 43, it was better suited in the anti-tank role over long to extremely long ranges of 1800–2700+ meters, where it was important to engage enemy armor before they could come within range of their own guns. As the campaign in the east wore on, and the Soviets began fielding ever more capable battle tanks with even larger guns and thicker armor, it became imperative that a new series of armored fighting vehicles be developed by the German war planners to deal with these up-gunned threats.

Porsche, no stranger to designing combat vehicles for the German army, was awarded the coveted project of mounting a 12.8 cm gun within the bowels of the newly-created Tiger II tank chassis. Porsche was chosen because its suspension system was easier to manufacture than the one produced by Henschel, its chief competitor. Less parts were involved and, most importantly, it occupied less space inside the chassis as compared with the typicaltorsion bar type suspension system developed by Henschel. As a result, the first 11 Jagdtigers that rolled off the production line were equipped with the Porsche suspension system in an effort to get them into the field and into the hands of the panzerwaffe as quickly as possible. Unfortunately, shortly after being deployed, reports began to surface that the Porsche suspension was prone to breaking down largely due to the enormous weight of the 71-ton Jagdtiger. Despite its cost and longer build time, it was therefore determined that the remaining vehicles in the series be fitted with the Henschel torsion bar suspension system, thereby giving the vehicle better durability and reliability under combat conditions, two important attributes to armored combat in the latter stages of the war.

The Maybach HL230 engine had been one of the major power plants to propel monstrous German heavy armoured vehicles including the Panther, Jagdpanther, Tiger II (known as the King Tiger) and the JagdTiger etc…