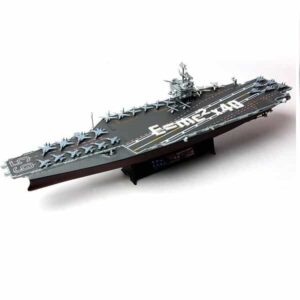 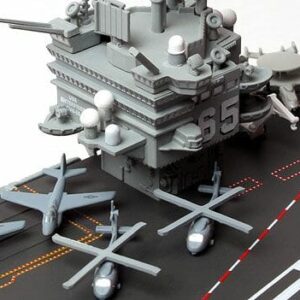 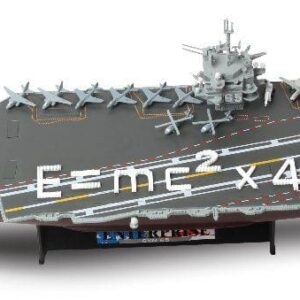 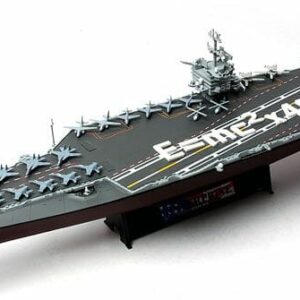 The USS Enterprise (CVN-65) was the world’s first nuclear-powered aircraft carrier and the eighth United States naval vessel to bear the name. Like her predecessor of World War II fame, she was nicknamed “Big E”. The length at 1,123 ft (342 m), she was the longest naval vessel in the world. Enterprise had a crew of some 4,600 people and she was commissioned on 25 November 1961.
On November 5th, 2001off the coast of Afghanistan the sailors aboard the Enterprise spelled out “E=MC² X 40” in honor of the Enterprise’s 40th year of service.
Forces of Valor has recreated this iconic scene with this 1:700th Scale Model of The Enterprise. The letters and symbols to spell out E=MC2 X 40 are separate pieces and can be displayed as shown or you can display in the more traditional format.