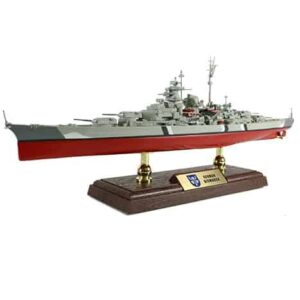 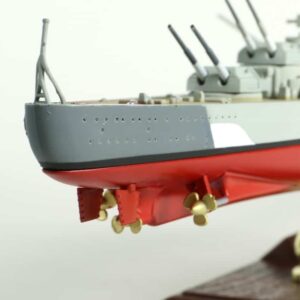 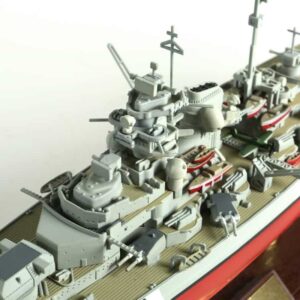 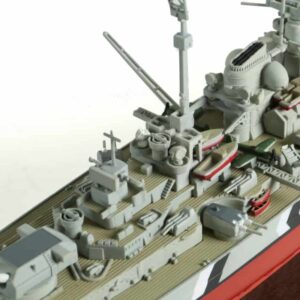 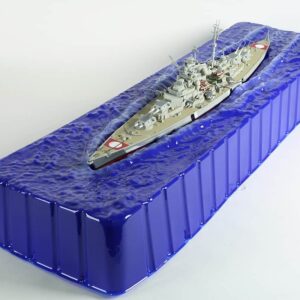 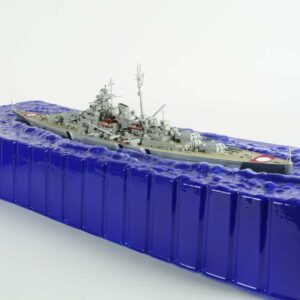 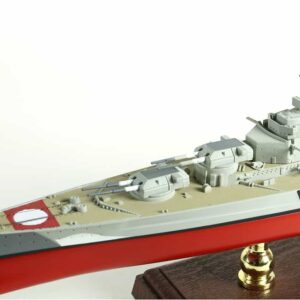 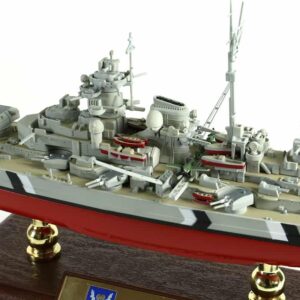 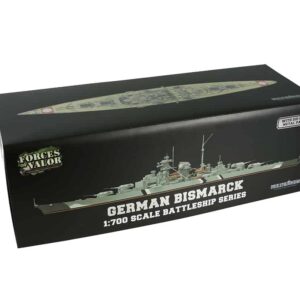 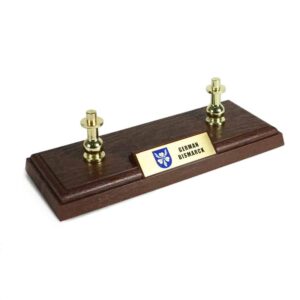 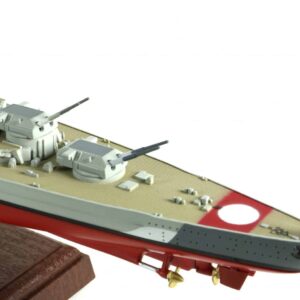 Bismarck was the first of two Bismarck-class battleships built for Nazi Germany’s Kriegsmarine. Named after Chancellor Otto von Bismarck, the ship was laid down at the Blohm & Voss shipyard in Hamburg in July 1936 and launched in February 1939. Work was completed in August 1940, when she was commissioned into the German fleet. Bismarck and her sister ship Tirpitz were the largest battleships ever built by Germany, and two of the largest built by any European power.

Forces of Valor ® Bismarck is constructed of die cast metal and plastic, with metal used for the lower portion of the hull and plastic for the upper portion. The conning tower and guns are recreated in plastic, providing the highest possible level of detail. The rotating turrets feature elevating cannons. The superstructure details include movable cranes, hand painted lifeboats, antennas and mast.

– Comes with a display stand.

– No ties or screws for 2013 new packaging, double blister construction.