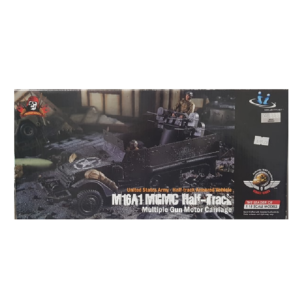 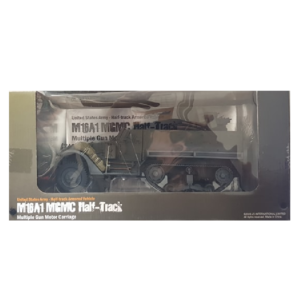 The Carrier, Personnel Half-track M3 was an armored vehicle used by the United States, the British Empire and the other Allies during World War II and the Cold War. Nearly 43,000 were produced, and supplied to the U.S. Army and Marines, as well as British Commonwealth and Soviet Red Army forces, serving on all fronts throughout the war.

Please note some wear and tear to box