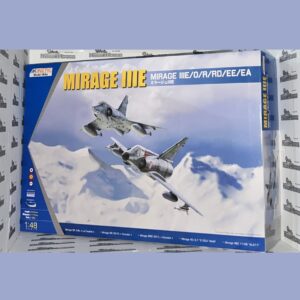 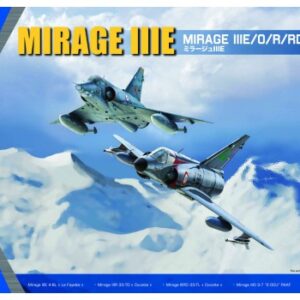 Marcel Bloch, famous French aircraft designer prior to the fall of France to Germany, adopted the covert name used by his brother in the underground and become Marcel Dassault. After producing a number of combat aircraft designs building on the captured knowledge of WW2 German aviation research, Dassault turned to the challenge of developing a Mach 2 interceptor that would keep France in step with aircraft developments in Britain, USSR and the United States. The result of the Mach 2 design effort was the delta-winged Mirage III which first flew in 1956. Since that successful milestone, the Mirage has evolved into a capable fighter, fighter-bomber, reconnaissance aircraft, and more. The Mirage IIIC in particular was designed as an all-weather interceptor that could perform ground attack missions in daylight.

While the Mirage III has seen service in a number of air forces around the world, the Mirage gained its fame while in service with the Israeli Air Force, proving more than a match for the latest Soviet designs. While some recognized the Mirage for its operational potential, the real sales were generated on the Israelis’ combat record with the type.

Choice of doppler radar fairing under nose or not