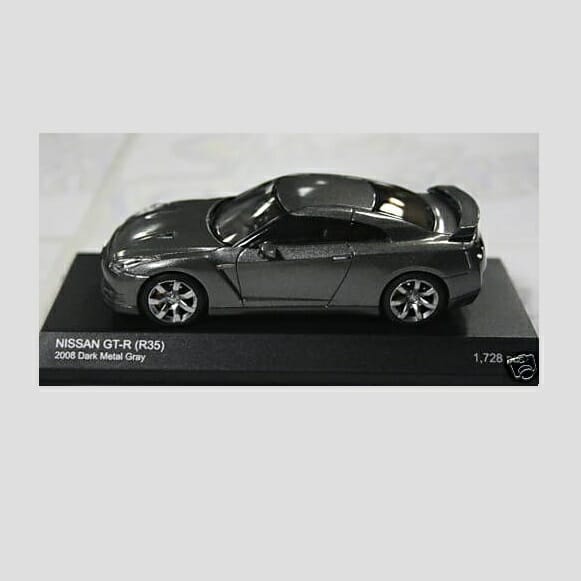 The GT-R is an entirely new model, sharing little with the Skyline GT-R save its signature four round tail lights. Like some later generations of the Skyline GT-R, the GT-R has all-wheel drive with a twin-turbocharged 6-cylinder engine. But the four-wheel-steering HICAS system has been removed and the former straight-6 RB26DETT engine has been replaced with a new VR38DETT V6 engine. Because of the GT-R’s heritage, the chassis code for the all-new version has been called CBA-R35, or ‘R35’ for short (where CBA is the prefix for emissions standard), carrying on the naming trend from previous Skyline GT-R generations. The GT-R has also retained its Skyline predecessor’s nickname, Godzilla, originally given to it by the Australian motoring publication Wheels in its July 1989 edition.

Limited edition only 1728 pieces made worldwide

Comes in clear plastic display case on black base