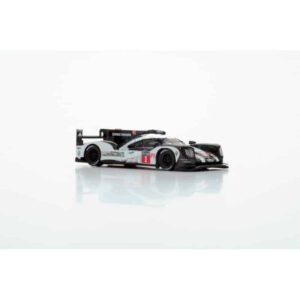 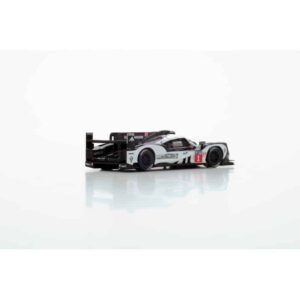 The Porsche 919 Hybrid is a Le Mans Prototype 1 (LMP1) sports car built and used by the German manufacturer Porsche in the 2014, 2015, 2016 and 2017 seasons of the FIA World Endurance Championship. It was Porsche’s first all-new prototype since the RS Spyder and the first to compete in the premier level of sports car racing since the Porsche 911 GT1. Work on the car began in mid-2011, and its monocoque was finalised at the end of 2012 with inspiration from the 911 GT3 R Hybrid racing car and the 918 Spyder hybrid-sports vehicle. The car features two separate energy-recovery hybrid systems to recover thermal energy from exhaust gases and convert kinetic energy into electrical energy under braking for storage into lithium-ion battery packs. In accordance with the 2014 regulations, the vehicle was placed in the 6 MJ (1.7 kWh) class. Its had a two-litre (120 cu in) 90-degree V4 mid-mounted mono-turbocharged petrol engine that produced 500 hp (370 kW) and acted as a chassis load-bearing member.