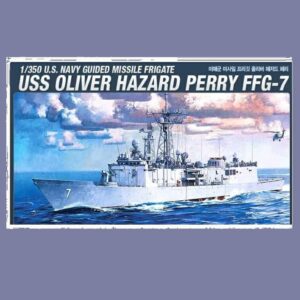 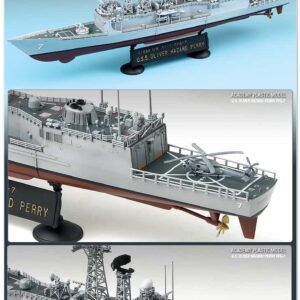 The class was originally intended as austere ‘low’ category guided missile frigates (compared with the high capability Spruance class) for General Purpose and Anti-Air convoy escort. They were built under a cloud of controversy, with their very light gun armament and lack of redundancy and duplicated systems in event of ship being hit. They were regarded by the Reagan administration and Secretary John Lehman as not part of the 500 ship navy plan, but ultimately proved useful as anti-submarine ships if fitted to carry Seahawks and towed arrays and into the 21st Century as low grade patrol ships making up the numbers in a USN desperately short of escorts.

Please note glue and paint are not included in this kit 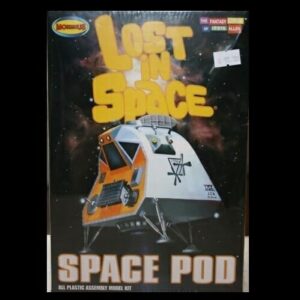