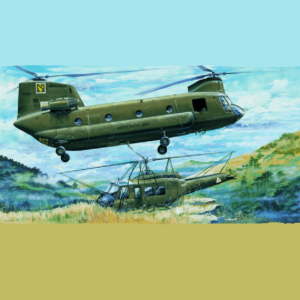 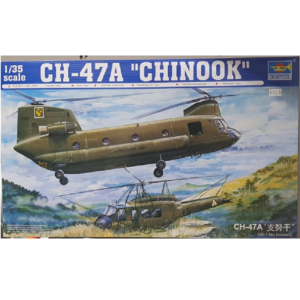 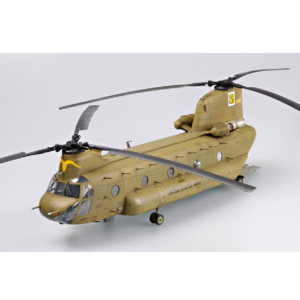 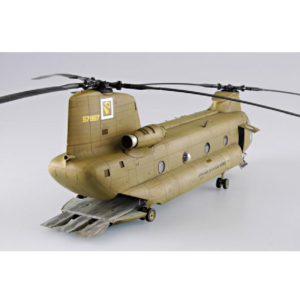 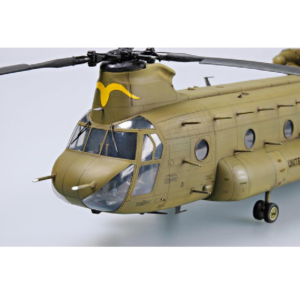 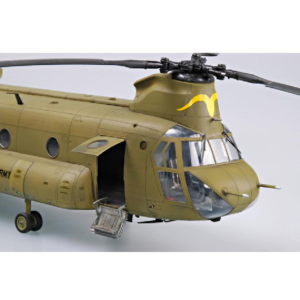 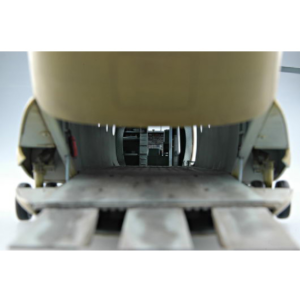 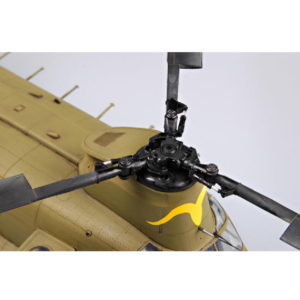 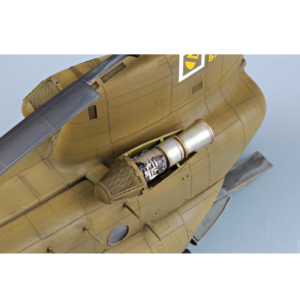 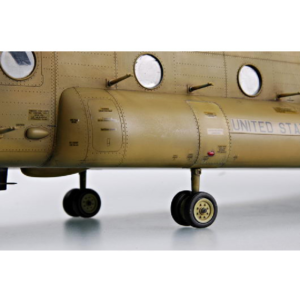 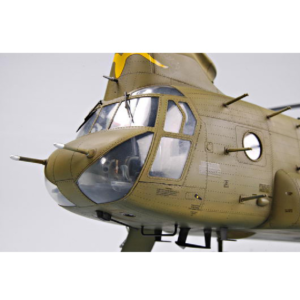 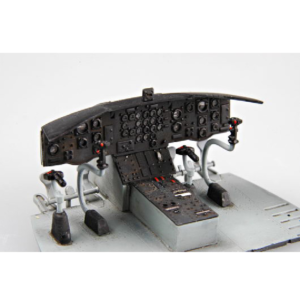 The CH-47A, first delivered for use in Vietnam on August 1962, is a tandem-rotor medium transport helicopter. The Chinook’s primary mission is moving artillery, ammunition, personnel, and supplies on the battlefield. It also performs rescue, aeromedical, parachuting, aircraft recovery and special operations missions. Early production CH-47A’s operated with the 11th Air Assault Division during 1963 and in October of that year the aircraft was formally designated as the Army’s standard medium transport helicopter. In June 1965 the 11th Air Assault Division was redesignated as the 1st Cavalry Division (Airmobile) and readied for deployment to Viet Nam. Chinooks from the 11th Air Assault formed the nucleus of the 228th Assault Helicopter Battalion which began operations in Viet Nam in September, 1965. As of February 1966, 161 aircraft had been delivered to the Army.